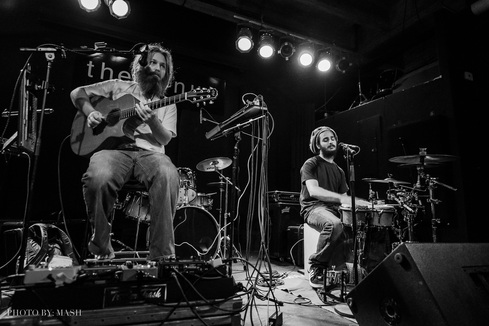 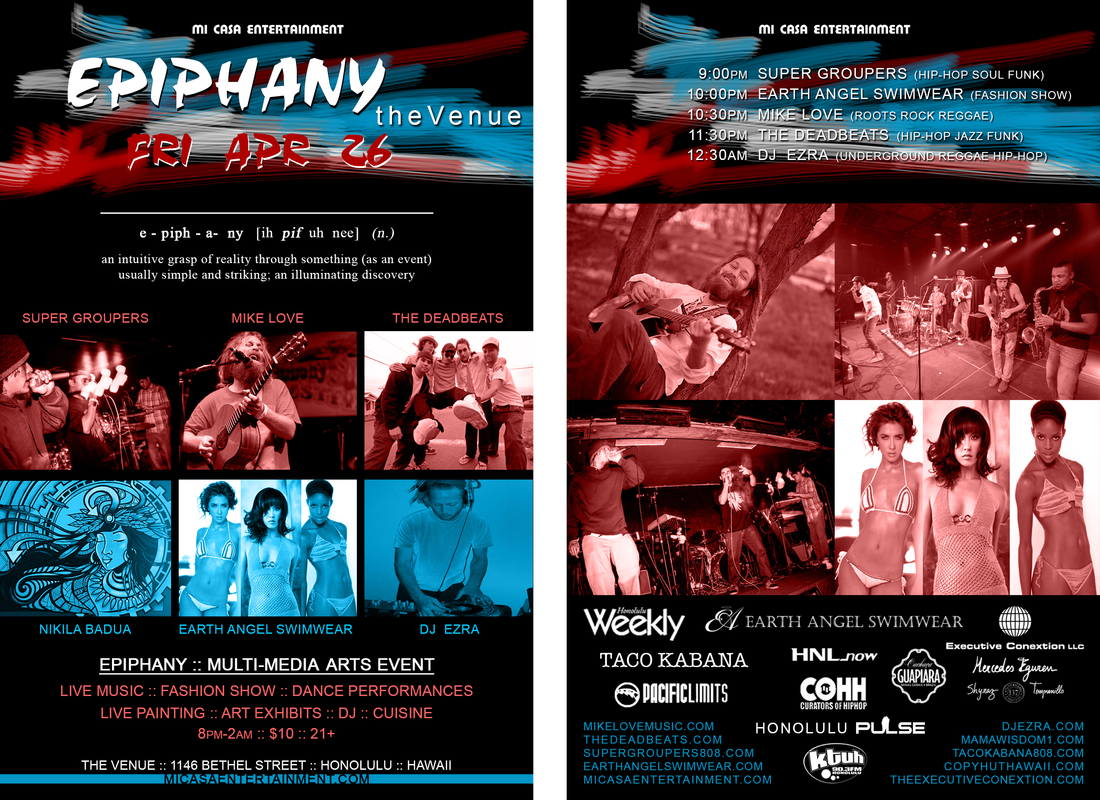 ::: Mike Love :::
As foremost a father, husband, and son, and without formal musical training, Mike Love has taken his raw musical abilities
to another prophetic realm which has crowds mesmerized by the illusion of a full band while playing solo on stage.
As the bandleader for two extremely successful Hawaii-based groups, Dubkonscious and Father Psalms,
Mike also tours abroad regularly as a sought after Vocalist / Guitarist / Loop Master with the highly acclaimed North Shore
Vocalist / Cultural Ambassador Paula Fuga and with his soulful bandmate and confidante Drummer / Percussionist / Vocalist Sam Ites.


::: Super Groupers :::
Super Groupers are a super powered Hip-Hop collective from 1960 who time traveled to the present day in order to stop being
so "ahead of their time".  At the helm of making beats and soundscape,s with 8 collaborative projects under his belt, is higihly acclaimed
Los Angeles-based Producer / DJ Scott Ohtoro who has worked with great Artists such as Aloe Blacc.  The dynamic duo of emcee's consists of
Na Hoku Award Winner (Best Hip-Hop Album 2012) Navid Najafi and the quickly rising young phenom Illis-It.  Their performance energy
easily matches their vision of large concert halls while their percussive poetry sheds light on a personal level.


::: DJ Ezra :::
Ezra has been rockin' da dance floors from East Coast to West Coast to the Aloha Coast...
mixing up rare underground selections of Jamaican Reggae / Dancehall / Lover's Rock with urban rhythms of
under the radar Hip-Hop that has crowds groovin' and bumpin' til da morning light.